Monsooned Malabar is a coffee process that uses the rains of the Monsoons over several months to cause the coffee beans to swell and lose its fruity covering. It is a specialized process that is known only on the Malabar Coast.  Next time that you come to Chazzano Coffee Roasters, ask me to show you the Monsooned Malabar beans. Whereas all of the caffeinated beans are greenish, the Malabar beans are closer to yellow and brown. They are larger because they’ve had months of soaking in the rain of the monsoons.

The history or legend of the coffee originated from the British Raj dating around 1858-1947. The British East Indian Company would transport coffee beans from India to Britain via the Cape of Good Hope, the coffee beans would be constantly soaked, in constant humid conditions and strong winds. The British continued to enjoy this Monsooned Coffee even after the length of travel shortened. Therefore, they attempted to replicate this natural process by monsooning this coffee on the coast of Malabar. A cool and true story.

After you have a great cup of coffee at Chazzano Coffee Roasters, ask for a sample of the India Monsooned Malabar. It’s possible that you may even like it. 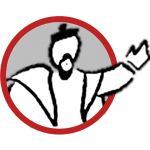